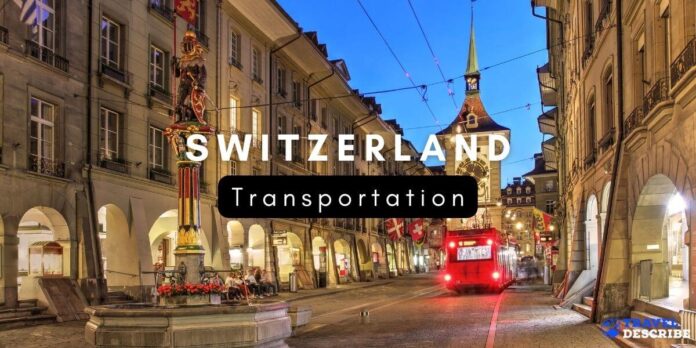 While traveling to Switzerland, there are several options for transportation. There are buses, trains, taxis and car rentals. These are described below. Using these modes of transportation is a great way to see the sights and explore the local countryside. If you’re planning to take a long trip, you may want to buy a travel ticket.

Switzerland’s public transportation system is well-established and punctual. It includes trains, buses, and ferries that can get you from one city to another. While it may seem complicated to navigate, the Swiss public transport system can help you save money. You can buy tickets in advance or at the major bus stations. You can also use the Swiss Half-Fare Card to travel on long-distance buses.

PostBus Switzerland is one of the most popular bus companies in Switzerland, serving both domestic and international travelers. Also known as Poschi, PostBus has more than 2,000 vehicles to travel across the country. These buses are comfortable, spacious, and equipped with luggage storage space. Omio is another Swiss bus company that works with Eurolines and has dozens of routes. The company also offers Coaches in Switzerland that travel to many European destinations.

The process of purchasing tickets for public transportation in Switzerland varies by city. Some cities have dedicated ticket sales, while others have ticket machines onboard buses. It is important to make sure your ticket is valid before boarding the bus.

Switzerland’s rail network is known for its punctuality and quality. In fact, the country has the most heavily used and safest rail network in Europe, according to the 2017 European Railway Performance Index. While other European countries have invested heavily in high-speed lines, Switzerland has instead invested in optimizing its slower services. For example, the Swiss use a system called clock-face scheduling, which lets passengers know when the next intercity service will depart and where. This system coordinates with regional connections to minimize travel times within the country.

Trains in Switzerland are operated by the Swiss Federal Railways. Using the SBB mobile app, you can find and book train tickets as well as manage your public transport subscriptions and discount cards. Moreover, the app has an EasyRide feature that lets you check in and out of public transportation and charges you only for the amount of the ticket after you’re finished using it. The app is available for iOS and Android devices.

The Swiss railway network has many types of trains. Most of the trains run between Zurich and the rest of the country. Some of them have international routes. These include the ICE/OBB Nightjet and RailJet/EuroNight trains, as well as the TGV Lyria and EuroCity.

If you are planning to go on vacation in Switzerland, one of the best ways to enjoy the sights is by renting a car. You can rent cars from a variety of companies, and many of them will provide child seats and GPS for your convenience. Sixt is a popular rental company that provides luxury German cars at affordable prices.

When renting a car in Switzerland, be sure to check the mileage policy. Different companies have different mileage limits. Be sure to check this carefully, because sometimes low mileage limits may hinder some of the more adventurous activities you plan. It is also a good idea to keep in mind that you will be expected to return the car with a full tank.

Another thing to remember when renting a car in Switzerland is that you may not be allowed to cross borders without additional charges. While it is technically legal to drive in other Western European countries without additional charges, you should check with your rental company about these restrictions. Some companies may even require you to have special paperwork to drive across borders, which will affect the cost of your rental.

Taxis in Switzerland are expensive but are the fastest and easiest way to get around the country. The fares vary by canton and are calculated based on how many kilometers you need to travel. The first few kilometers are the most expensive, while longer journeys are cheaper. Taxis in Switzerland are state-regulated and are available at public taxi stands. You can also hail a cab on the street.

Most Swiss airports have a taxi stand. If you’re coming from a large city, you can hail one from the terminal or call a taxi in advance. You can also use a service like Uber, which is available in all Swiss cantons. It’s important to note that most Uber drivers will operate in cities instead of the suburbs.

Another reason to use a taxi is to get to and from school. The city of Zurich is close to the airport, and a taxi trip should take only a few minutes, depending on traffic conditions. Taxis in Switzerland are cheaper than public transportation and take you directly to your destination. In addition, the drivers of the taxis will often assist you with your luggage.

WORLD TRAVELER - MY OPINION ABOUT TRAVEL There are many good reasons to visit Hydra. This ancient Greek city has traditional architecture and dark blue windows. The island's unique time zone is a bonus. The weather is mild and pleasant throughout the year, making it a great destination for a beach holiday. The only downside to visiting Hydra is the noise. However, there are also...
Mykonos

WORLD TRAVELER - MY OPINION ABOUT TRAVEL If you want to experience the best Greek culture in Greece, Mykonos is a great place to visit. The island is small, which means you can easily walk or take a cab from any destination. While the town of Mykonos isn't too big, the town is quite crowded. If you're not interested in walking around town, you can...
Crete

Travel to Austria – The Ultimate Austria Travel Guide in 2023

WORLD TRAVELER The first thing you should know about...