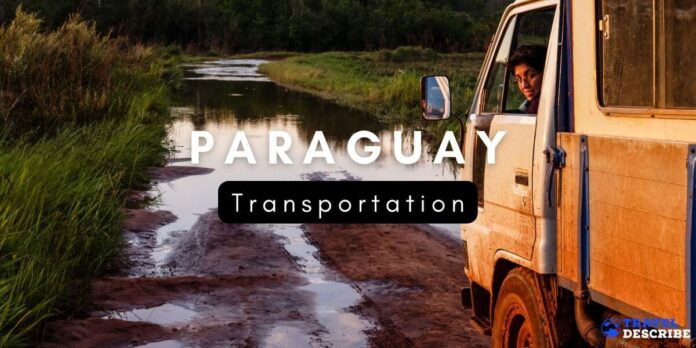 Transportation in Paraguay varies widely and is generally adequate, although some regions have less efficient systems than others. The country has a good network of roads and railroads and several airports. However, significant regulation and infrastructure improvements are needed to improve transportation in the country. We have listed several options below.

The government of Paraguay has approved a bill to promote the deployment of electric buses in its public transport network. The bill aims to create a regulatory framework for electric buses in the country. The country currently operates around 1,400 diesel buses, 50 percent of which are conventional buses. The government plans to procure 200 electric buses annually, and it has signed agreements with other countries to exchange knowledge and technology on electromobility.

Paraguay has an extensive road network. Almost all of the country’s 235-mile-long railroads have been abandoned. However, a heritage steam train runs a 24-mile section between Asuncion and Ypacarai, which passes through the city of Aregua. In addition, Asuncion used to have a tramway, but this was abandoned in 1997.

While Paraguay has a comprehensive bus system, it’s not well-designed for tourists. In the bigger cities, you’ll need to use taxis. In rural areas, you can hire a motorbike driver to take you short distances.

Trains in Paraguay are a part of the country’s history. There was a rail system in place in the early twentieth century, which consisted of a standard gauge main line. In 2002, a government-run corporation was established to administer the railways. However, the majority of rail transport in Paraguay ceased in the early 21st century.

Today, the country’s railways are in a sorry state. Since 1991, the government has been working on privatization plans and has received several offers. The main station in Asuncion has been converted into a cultural center, but many of the derelict locomotives and cars are still in place.

The current commuter train service between Asuncion and Luque consists of a 44-kilometer route, with several stations. The train was built by the state-owned rail operator Fepasa, but it must now select a private partner to continue developing the transportation system. The MOPC is preparing to tender a new commuter train project between Asuncion and Ypacarai in 2020.

If you’re planning a vacation to Paraguay, you’ll definitely want to consider car rentals. These services will allow you to explore the country’s various sights. If you’re traveling on a budget, you’ll want to look for an economy rental car. These vehicles are usually normal cars.

To rent a car in Paraguay, you’ll need a valid driver’s license. Learners’ permits are not accepted. If you don’t have a local license, you’ll need an International Driving Permit. You’ll also need a credit card in the name of the main driver. It’s important that the card has enough money to cover both the rental and deposit.

Taxis are a common form of transportation in Paraguay, but they’re not cheap. While some cities have formal taxi ranks, you’re most likely to hail a taxi from the street. In Asuncion, the State Department recommends calling ahead to reserve a taxi in advance. Your hotel can also recommend a reputable local taxi company.

You can also rent a car and explore the country on your own. However, many long-distance roads are one-lane and in bad condition. Also, you’ll need an International Driving Licence to drive in the country. Alcohol limits are also very strict, 0.08 percent, and violations can result in stiff penalties.

The capital city of Paraguay is Asuncion. It’s part of the southern Paranena region and is home to many famous landmarks, such as the Panteon Nacional de los Heroes, the Palacio de Lopez, and the Casa de la Independencia Museum. The second-largest city is Ciudad del Este, which is the gateway to Iguazu Falls.

WORLD TRAVELER - MY OPINION ABOUT TRAVEL There are many good reasons to visit Hydra. This ancient Greek city has traditional architecture and dark blue windows. The island's unique time zone is a bonus. The weather is mild and pleasant throughout the year, making it a great destination for a beach holiday. The only downside to visiting Hydra is the noise. However, there are also...
Mykonos

WORLD TRAVELER - MY OPINION ABOUT TRAVEL If you want to experience the best Greek culture in Greece, Mykonos is a great place to visit. The island is small, which means you can easily walk or take a cab from any destination. While the town of Mykonos isn't too big, the town is quite crowded. If you're not interested in walking around town, you can...
Florence

A Complete Travel Guide to Florence, Italy in 2023

WORLD TRAVELER - MY OPINION ABOUT TRAVEL In my opinion, Florence is a city that should not be missed if you are planning a trip to Italy. The Duomo is one of the best-preserved structures of the Renaissance, and the Uffizi museum is arguably the best in the world. This city also has many beautiful walking paths, but if you are a first-time visitor to...
Load more
NEXT TRIPNEXT TRIP
MORE HOTELSMORE HOTELS
CHEAP FLIGHTSCHEAP FLIGHTS
OFFERSOFFERS
Are you Ready to Plan your Trip?
You can find below our premium partners to help you
Compare Flights & Hotels