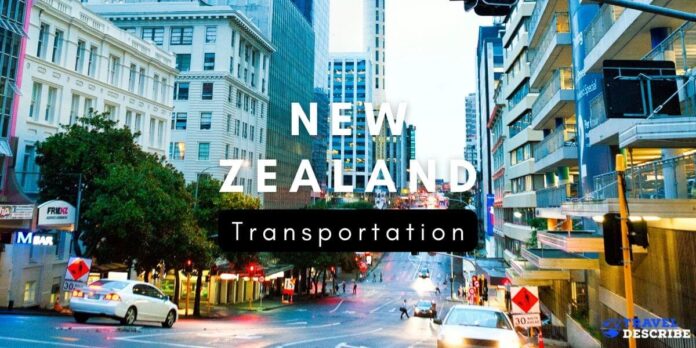 In the country, there are many options for transportation. Among them are trains, buses, and car rentals. In addition to these, there are taxis available for hire as well. In this article, we will look at the different modes of transport available in New Zealand. We will also look at the advantages and disadvantages of these methods.

Buses in New Zealand are an important part of the tourism industry, as more than 1.5 million people use them each year. In the 1970s, the New Zealand Railways Road Services was the dominant player in the market, but this changed after privatization when InterCity became the dominant commercial operation. Since then, two major competitors have emerged. The Naked Bus and the InterCity Group have competed with InterCity to offer the cheapest fares. InterCity has responded by purchasing more coaches, improving driver training, and improving schedules.

Buses in New Zealand operate a network across most of the country, although the North Island is slightly better served than the South. This is mainly due to greater demand and fewer mountains on the North Island. The main trunk line in the North Island goes from Auckland to Wellington, making stops in Taupo, Palmerston North, and Hamilton. This route is usually the busiest but is rarely sold out.

The Coastal Pacific train takes you through the Kaikoura Ranges, where swells of the Pacific Ocean wash over the rocky coastline. Located in a picturesque coastal town, Kaikoura is well known for its whale-watching safaris and crayfish dinners. The train also passes over the Canterbury Plains, where vast braided rivers meander across the landscape. Another scenic train route is the TranzAlpine.

In the early twentieth century, rail travel in New Zealand was commonplace. It took people to work and school, and it allowed daytrippers to visit parks and racetracks. As private cars and cheap air travel became more common, the number of people who used trains declined. In the early 2000s, the government bought back the railways. This prompted a new interest in using rail as a mode of transport.

If you’re visiting New Zealand, you’ll want to book a car rental before you arrive. There are several different types of rental cars available. You can choose the type of vehicle that best suits your needs and budget. You’ll also want to find out what security deposit is required. The rates for car rentals in New Zealand vary considerably, so it’s best to book early. Most travelers will arrive in New Zealand by plane, so the big rental hubs are located at international airports.

Bargain Rental Cars are another good option. These rental cars are a bit older than those of other international car rental companies, but they still offer good service at a low price. You can even get an affordable campervan if you need to.

The taxi industry in New Zealand was deregulated in 1989 when the government stopped restricting the number of taxis and fares. It was replaced by new regulations, which focused on quality rather than quantity. In 2009, the taxi industry was regulated by the New Zealand Transport Agency, which requires drivers to have a police check. However, this can be difficult to complete if you’re an overseas driver.

The taxi industry in New Zealand is a microcosm of the country’s multiculturalism, with many first-generation migrants working in the industry. In this documentary, fourteen migrant taxi drivers share their experiences living and working in New Zealand.

If you’re traveling to New Zealand, you’ll need to take a ferry to get between the main islands. There are two main companies that run ferries between the islands: InterIslander and Bluebridge. Both companies offer comfortable seating and plenty of windows on their boats. The trip from one island to the other takes three to four hours. These ferries are designed to accommodate vehicles as well as foot passengers.

Ferries in New Zealand are available for public use, as well as a private charter. They are used to transport passengers, freight, and vehicles between the islands. They can also be used to ferry people across a strait.

A Complete Travel Guide to Ibiza, Spain in 2023

WORLD TRAVELER - MY OPINION ABOUT TRAVEL When I first came to Ibiza, I thought the island was all about partying. I was impressed with the number of local restaurants serving seafood and local wine. I was also pleased to discover that most restaurants Ibiza Spain serve set menus del dia, which is a great deal. A set menu is a great way to sample...
Nevada

WORLD TRAVELER - MY OPINION ABOUT TRAVEL You may be wondering if I would recommend a trip to Las Vegas. If you aren't sure what to expect, read on. You'll learn about some of the best attractions, food, and shopping in this storied city. There are also several things you can do to relax and escape from the hustle and bustle of everyday life. You...
Crete

WORLD TRAVELER You may be wondering, "Why should I...