Weather in the Netherlands 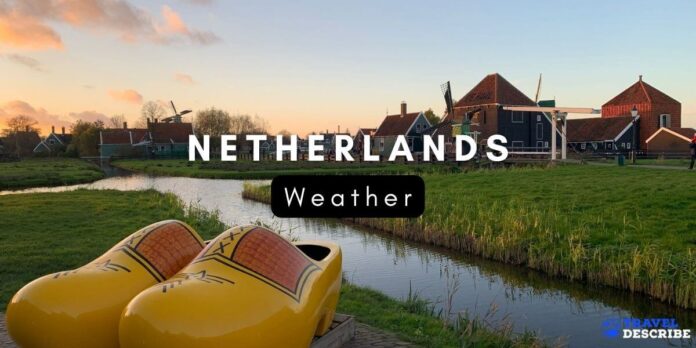 Climate and Weather Averages in the Netherlands

If you’re looking to visit the Netherlands, here’s some information about its climate and weather averages. The Netherlands has a typical maritime climate with mild summers and cold winters. It experiences wind and rain throughout the year. July and August are the wettest months, while March is the driest month. The Netherlands’ flat landscape can be problematic, as the country’s winds tend to be stronger along the coast than inland. The Netherlands gets 79cm of precipitation per year, which is high, but not high enough to worry about.

The Netherlands has a humid, warm climate. The warmest month is below 22 degC, while four or more months are warmer than 10 degC. The Netherlands’ climate is mild enough to enjoy all three seasons, although the weather can vary significantly throughout the year. You’ll want to plan your trip accordingly – there’s always a good time to visit. If you’re traveling in the spring, make sure to pack a raincoat and umbrella, even if you’re not visiting during that time.

Amsterdam’s wetter season lasts for 6.6 months. There’s a greater than 30 percent chance that a given day will be wet. December, the wettest month, has 11.0 days with at least 0.04 inches of precipitation. The drier season, from February 3 to July 14, lasts for 5.3 months. April, on the other hand, is the least wet month, with 7.0 days of at least 0.04 inches of rain.

The Netherlands has a moderate climate throughout the year. Winters are cold and sometimes snowy, with 6.5/7 hours of sunlight per day. Summers are warm, but can also be very cold. The hottest month in the Netherlands was July 2006, with temperatures in the area reaching 23.3 deg. The coldest month was February 1956, with an average temperature of -6.7 degC. A few weather stations report the temperature daily.

Amsterdam has four distinct seasons. The summers are the warmest, while winters are the wettest. The temperature ranges from 34 degrees to 71 degrees Fahrenheit. Generally, temperatures in Amsterdam fall between September and April. There is a significant increase in temperatures in May and October. This is when the city’s canals are most beautiful. You should visit during these seasons, as the temperatures are comfortable and pleasant.

The weather in Amsterdam is moderate and influenced by the Atlantic and the North Sea. The average temperature is 19 degC/66 degrees Fahrenheit in summer and 17 degrees Celsius in winter. The Netherlands experiences rains on a regular basis, but they are not very heavy. 750-850 millimeters of rainfall each year. The Netherlands also experiences windy weather, especially in the winter months. And although temperatures are typically above average in November and December, there is usually a dry period from April to September.

The Netherlands has a temperate climate, but the country is very flat. Its climate is primarily oceanic, although a small portion of the country is below sea level. In addition, the Netherlands has several sandy beaches along its coastline. In the summer, these beaches can be crowded. It is worth mentioning that its neighboring countries don’t have similar beaches. This makes it a great travel destination, especially for families.

Weather in the Netherlands

The weather in the Netherlands is generally unpredictable. It is often described as sunny intervals with rain. You can also check the weather forecast by checking KNMI and Buienradar. In the summer, the temperature can rise and the seas can get hot. In autumn, temperatures fall and condensed water from the North Sea falls on land. Rain is a common occurrence in the Netherlands during autumn. However, there are some things you should know before planning your vacation in the Netherlands.

Autumn is the best time to visit the Netherlands, when temperatures stay mild, about 10 degrees Celsius. The Dutch forests are gorgeous and Dutch soup is very warming. In this season, it is common to see people out on bikes through the forests and enjoying the traditional Dutch soup. Pack the same kind of clothes that you would have worn in the Spring, but bring a jacket with you to protect yourself from the colder weather. The Netherlands’ weather is not as unpredictable as the weather in other European countries.

Coastal provinces enjoy a milder winter climate. The warm sea water activates the rain showers. Spring and autumn weather in the Netherlands can vary a lot, but generally, you can expect to spend more days in the sun than in the rainy regions. The temperature is warmer in spring than in winter. If you plan to visit during this season, remember to bring a waterproof jacket! Also, take a thermometer as the temperatures in the Netherlands can drop considerably.

The warmer months of July and August are the most popular, but the weather is generally a bit damper in these months. The most popular months for traveling in the Netherlands are July and August when temperatures are mild. Whether you’re going to enjoy a relaxing boat ride on a lake or strolling through the countryside, the Netherlands can offer you the perfect weather conditions. So, it’s best to visit during the warmer months of the year to avoid crowds.

While the rainy season is the coldest time of the year, the summer months are great. There’s no rain in July, but it does snow a lot in November and December. The Dutch are very warm in July, and their temperatures are usually well above the average for that time of the year. The temperatures are usually pleasant throughout the year, though there are some very chilly days and nights. The Netherlands is a great place to spend your summer vacation.

Amsterdam is known for its snowy landscape. The Netherlands’ weather is a little different than the rest of Europe. While the winter is the most miserable season, it is still possible to find a sunny day. During these months, the temperature can dip to freezing. This can lead to hypothermia. However, the weather in the Netherlands can be quite pleasant. The Netherlands is also incredibly humid during the winter. The average rainfall during this month is 69mm, which can lead to a mild winter.

There are no specific seasons to visit the Netherlands, but they do have a temperate climate. In summer, temperatures can be pleasant and sunny. In winter, temperatures can become cold and rainy, but you can expect less rainfall. You can find many things to do in the Netherlands during the Spring and Autumn, and they’re also good times to visit the Keukenhof. Just remember that summer is also peak tourism season, with a high tourist density and high prices.

As with most countries, the weather in the Netherlands is changeable. The months with the most favorable weather are May through September. However, the climate can get cold at any time of the year. The Netherlands also experiences heatwaves and snowstorms. You should check the weather forecast before you travel, but remember that a forecast is only a guide. You must be prepared for any type of weather, so you can plan accordingly. If you’re traveling in the Netherlands during these months, the weather should be just fine.