Transportation in the Netherlands 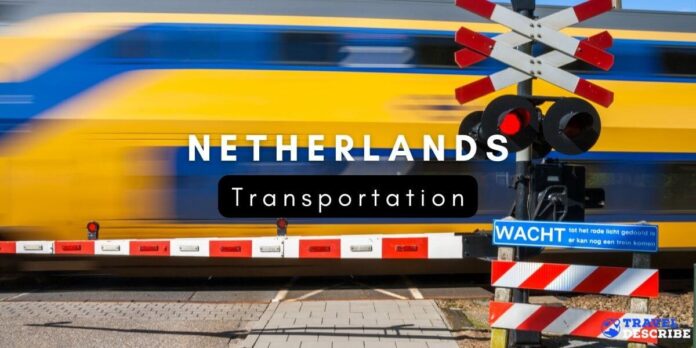 Public transportation in the Netherlands is clean, efficient, and relatively cheap. The Dutch public transport system is made up of buses and trains. You can take the bus from city to city and between towns at a very low cost. You can also use credit cards, OV-chipkaart, or an e-wallet to purchase your train ticket. The fares are comparable to those of other western European countries. Tickets are more expensive during rush hours, and they can be bought online, at a ticket office, or at a station.

Car rental services are also available in the Netherlands. Europcar, which has 3835 locations worldwide, is a popular rental car company. The service is widely considered to be efficient and has a wide variety of vehicles for business, luxury, and family trips. The overall experience with Europcar is positive, but some customers have complained about their cabs’ time management. But overall, it’s an excellent option for getting around the Netherlands.

The Netherlands has developed a public transportation system that works well and is environmentally friendly. Trams and metros provide access to many areas of the country. Many municipalities run electric buses and aim to cut emissions to zero over the next decade. Most public transportation systems are accessible, and you’ll find it easy to get around with ease. The Netherlands’ green initiatives are good for the environment and are likely to benefit everyone. So, if you’re considering moving to the Netherlands, consider the public transport system. It’s a great way to reduce your carbon footprint.

The trains in the Netherlands are relatively reliable and are widely connected, but there is always the risk of an incident disrupting services. Strong winds, technical problems, and staff shortages can all cause a delay. Minor incidents can affect a large portion of the network, so if you’re planning to take the train in the Netherlands, be sure to check with your local transportation authority. If you need special assistance, make sure to contact NS in advance. There are dedicated web pages for special needs passengers.

Bus services vary in the Netherlands. Most rural routes are served by hourly or half-hourly services. However, if you need to travel to a larger city, bus services may run 4 or more times per hour. In addition, many bus stations display schedules and route maps. However, there are more rural areas where services are less frequent and buses may not be as convenient. In these regions, the bus services may be more frequent or limited.

Amsterdam has a large train network, which is comparable to a large city. The main lines run as many as 10 trains an hour. Trains that run between cities usually run two intercity trains and two local trains per hour until midnight. Rural areas also have local lines that have hourly and 30-minute services. The trains generally have restrooms, although older Sprinter trains may require you to use the toilets at the departure station before you can board.

Transport and Driving in the Netherlands

When you’re traveling in the Netherlands, it’s important to know what the rules are when it comes to driving, particularly when it comes to bicycles. Dutch cyclists tend to break traffic rules, so be aware of them when driving. You should also remember that cars should drive on the right side of the road when passing cyclists. In general, traffic from the right has the right of way, but cyclists are especially dangerous. Also, buses and trams have the right of way when leaving bus stops.

In the Netherlands, taxis are a common form of transportation, but it’s important to understand that they’re not always brightly colored. While many cab services operate in bright yellow and orange colors, you should still be aware of the high price of fuel. Some cities have Park and Ride facilities, which allow drivers to park in large garages while they complete their journey by public transport. Although taxis are the most common form of transport in the Netherlands, ridesharing is not widely available and is more expensive than public transport.

Dutch public transport is generally clean and inexpensive. The NS, the national rail system, covers most of the country. Using the NS allows you to travel cheaply within cities. Bus services connect other towns and cities, and northern islands have ferries to the islands. Depending on where you’re staying, it’s possible to get around by public transportation. Just make sure to plan ahead and make a schedule in advance.

If you’re an ex-pat, you can use your foreign driving license in the Netherlands for up to 185 days. Check with your local municipality to confirm which licenses are accepted. You’ll also need to have your car insured. You should have enough insurance to cover you for legal costs. You may also want to consider getting breakdown insurance and home motoring organization coverage. These are important aspects to consider when driving in the Netherlands.

Dutch trains run all around the country and are a great way to get around. Trains from Amsterdam to Utrecht are particularly convenient and have excellent rates. They are often referred to as NS stations. If you’re planning to take a train, it’s best to check whether the railway station is open during the time you need to travel. And if you’re looking for a fast, comfortable ride, the NS railway network has plenty of options.

Public transport in the Netherlands is plentiful, affordable and frequent. Most bus services run from 6am to midnight, and your OV-Chipkaart is valid on all forms of public transport. In addition, urban “park and ride” schemes are common. If you want to travel in style and get the most out of your trip, take the train or the bus. You’ll be glad you did! There’s no need to get a car.

By air, you can get to Amsterdam via Schiphol Airport. It’s well-connected and has plenty of bike parking. You can also fly into Eindhoven Airport, the country’s second-largest. Most budget airlines use this airport, and most destinations are in Europe. You can take a train to the Eindhoven Central Station, take a 400 bus, or hire a taxi. In either case, a bike is definitely a smart move in the Netherlands.

Alternatively, you can use the OV-chipkaart to get around the country. This type of credit card allows you to subscribe to a set amount of money each year. However, you must be sure to use the card every time you travel, as failure to do so will result in you being charged the full amount of the boarding fare. You can also use the OV-chipkaart to buy train tickets at the station or ticket office.