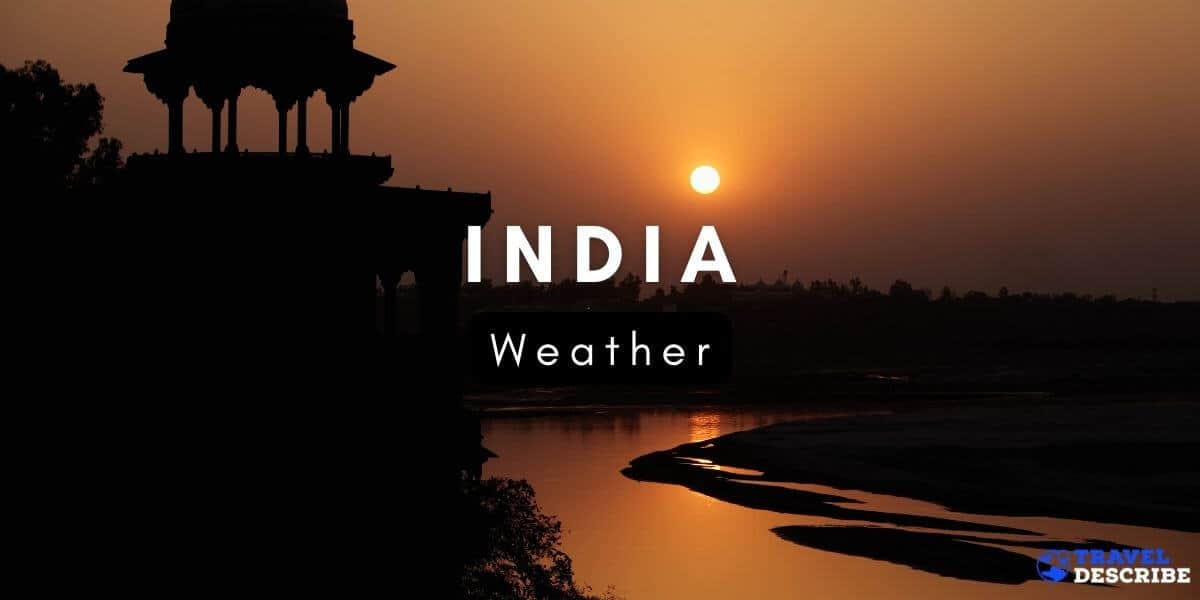 Here are the Climate and Weather Averages for India. This information is based on historical data and is presented in Fahrenheit and Celsius. You can also view the mean daily maximum and minimum temperatures of each month. The tables are presented according to the different regions of India. Click on a particular region to see the average temperature for that area. You can also choose to view wind speeds. However, these data are only for general information and are not necessarily representative of the actual conditions.

Climate and Weather Averages in India

North-western India experiences a summer that lasts from April to July. Temperatures rise during this time as the Sun’s vertical rays reach the Tropic of Cancer. The hottest days and nights in the country are recorded in the months of April and May. Some parts of the country experienced temperatures as high as 50 degC. Temperatures near the coast often hover around 36 deg C, and the proximity of the sea adds to the humidity.

The weather in India is generally characterized by a tropical wet and dry climate. This is a tropical climate that is wetter than the tropical monsoon climate. Most of India’s inland peninsula is covered by this climate type. Winter and early summer are dry periods. In contrast, summer temperatures are extremely high and can reach 50 deg or 122 degrees Fahrenheit. Extreme heatwaves have been known to kill hundreds of Indians. There is also a rainy season in India, which usually lasts from June to September. The average annual rainfall is between 750 and 1500 mm.

The Indian subcontinent experiences three seasons: winter and summer. The driest months are January and February, but temperatures can easily rise towards the equator. The hottest month in the subtropical areas in May. However, temperatures are moderate in the eastern region. The winter is characterized by fog, which can hamper visibility and air travel. In contrast, winters are milder than summer, with temperatures ranging between 10 and 20 degC.

Winter is the coolest season in India. Temperatures reach their lowest in December and January. In the south and southwest, temperatures remain warm, while the north and northeast experience the wettest conditions. The drier climate in the southeast and the Himalayan mountains are inaccessible during winter. You can travel to most of India in February or November, although it is still cold up in the mountains. When traveling to the country, it is best to check the climate and weather averages in India.

The monsoon season lasts from June to September. The southwest monsoon begins in the south in early June and extends northward across the rest of the country. In June, India’s monsoon season arrives and provides three-fourths of the country’s annual rainfall. After the monsoon, there is a short dry season. In autumn, temperatures and humidity decrease. Some areas see rain during this time, but others don’t.

The monsoon in India is not a regular pattern, and it varies widely between years. In years of La Nina, the north-western part of the country receives more rainfall than usual, causing floods. On the other hand, during years of El Nino, India experiences drier winters and weaker summer monsoons. There is a good chance that India will experience both of these conditions.

The climate of India is a mix of tropical and subtropical. The western coast and northern parts of the country have tropical climates. In the center and southwest parts, the climate is subtropical and semi-arid. There is also extreme heat and cold. In the northernmost mountainous areas, such as the cold Himalayas, the temperature will drop by about six degrees Celsius for every hundred meters.

The climate of northern and western India varies considerably, varying from hot and humid to chilly. Winter temperatures will generally range from eleven to fifteen degrees Celsius. These average temperatures can be slightly more chilly. Temperatures can drop as low as 0 degrees Celsius in the evening and early morning. In many regions, the weather is influenced by both the Himalayan mountain range and the Bay of Bengal. For more information, visit the Climate and Weather Averages in India page.

The four seasons of India are winter, summer, monsoon, and post-monsoon. These seasons vary from place to place but Mumbai experiences four distinct climates. Here are the most common seasonal variations in Mumbai. During the winter, Mumbai experiences a very hot and humid climate while summers are pleasant and sunny. The monsoon rains in India bring the most precipitation and the city can be hot and humid in some months.

Summers in northern India are pleasant and many trekking routes open. During this season, wildflowers are in bloom. June is the wettest month, with an average of 605mm of precipitation falling over the course of 18 days. While the rains are less common during this season, the humidity and heat can be uncomfortable for those with sensitive skin. As the monsoon season lasts from June through October, the climate is wetter throughout most of the country. This season can cause landslides and flooding in coastal areas. Nevertheless, central India is lush and beautiful during this season.

January and February are the coolest months to visit the country, but the weather is very pleasant. There is little rain in January, and temperatures are not expected to drop much below 15 degrees Celsius in southern India. February and March are milder, but both months offer the opportunity to enjoy the sights of the golden triangle. The Taj Mahal and the awe-inspiring Golden Triangle are best viewed during this time. The winter season is also the most pleasant time to visit the northern parts of India.

The most pleasant months to travel deals to India are November and March. The high Himalayas are not accessible during December and January, so you’ll have to plan your trip accordingly. Coastal regions have more comfortable winter temperatures than mountainous areas. The winter season is pleasant, but not too hot or humid. And don’t forget to pack a sweater! All of these weather conditions are conducive to sightseeing. And don’t forget to pack accordingly for the best weather in India.

The temperature in India can vary widely depending on where you go. In the north, it’s often cooler, while in the south, it’s hot and humid. In the north, temperatures reach around 25degC, but the summer months, from late March through September, are hot and humid. While winter in India may be a bit chilly, the monsoon season can be oppressively hot. If you’re planning a trip to the northern or southern regions, consider planning you’re itinerary accordingly.

The climate of Delhi varies greatly from south to north. The winter is dry and cold, with temperatures ranging from 22oC in February to five degrees Celsius. Visitors should wear light cotton clothing during the summer months and protect themselves from the sun whenever outdoors. Drink plenty of water and stay hydrated, especially in summer. The wettest months are August and December. If you want to visit Delhi during this time, don’t forget to pack your raincoat!

The climate of India is largely affected by its location in Southeast Asia. The Himalayas play a big role in keeping cold winds from China from reaching India. In this way, most of India stays relatively warm all year. However, the climate in India varies from region to place. In the west, desert climates are common, and temperate mountain climates are more prevalent. In the center and south, the weather is tropical. It is hot in the west, dry in the east, and humid in the south.

On Monday, Delhi will experience partly cloudy skies, but heavy rainfall is expected on Wednesday and Sunday. Heavy winds will blow across Delhi tomorrow. Meanwhile, regions in Jammu, Kashmir, and Himachal Pradesh will experience widespread light to moderate rain for the next three days. Uttarakhand will see similar conditions over the next five days. In the north, the temperature will drop slowly in Delhi-NCR over the next three days. It is a good idea to plan your vacation according to the weather forecast.

Vacation and Flight Deals to India If you're planning...
Read more
Asia Travel

WORLD TRAVELER One of the biggest misconceptions about...
Africa Travel

WORLD TRAVELER One thing to remember when planning...
Asia Travel

WORLD TRAVELER If you haven't visited Egypt yet,...
Asia Travel